We are the leaders in compaction machinery 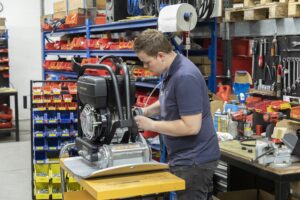 Production and development since 1976

Due to rapid growth, production was expanded to new premises in the 1980s. A start was also made on the computer-controlled production of our own parts for the compaction machines.

The production of the parts has now been automated to such an extent that all parts are efficiently produced by computer. 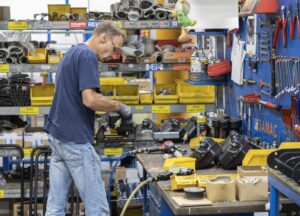 The production of our products is a unique process. The factory hall in Zwolle consists of efficient and labour-friendly production places for the machines. The parts are also produced in our own factory.

Thanks to full automation, all parts are produced by computer. This has the advantage that one person can manage 6 machines to make parts.